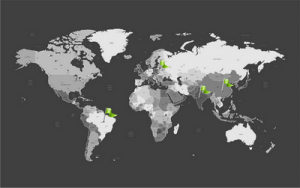 Outsourcing seems to have already become not just a segment of private business interests, but an area which balances the import-export budget of countries and even regions. India has been one of the most popular outsourcing destinations for quite a while, however, the last decade has delivered a new tendency – outsourcing diversification, when a customer has a vast array of options to choose from.

Let’s review the basic features of development outsourcing in those regions. 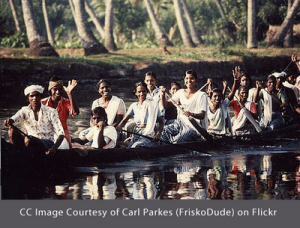 In general, Indian outsourcing has vast array of advantages for a Western customer, as outsourcing with some Indian IT services provider is already viewed as a good old habit.

At the same time it is Indian IT development which gave birth to so-called spaghetti programming and a completely new image of an Indian developer speaking poor English and churning out the basic code 24/7.

Now Indian IT market faces two major problems. First of all, the costs are rising. Most customers turn to outsourcing to decrease overall spendings and that’s not that easy as infrastructure costs in big development cities as Mumbai, Bangalore etc. are increasing. Transferring development to rural areas might help as India is really not that small country, however, that can really affect the level of quality of the services provided.

Secondly, Indian IT market is really not a technology-driven market. Similarly to what Westerners do, Indian companies outsource the thinking process back to the US, UK and all other developed countries, remaining just obedient and spiritless workmen, which at times is really not what a customer needs.

The fall of the Indian outsourcing has been forecast for several years, but Indian IT outsourcing market is again showing all the signs of recovery after several years of languor. Both IT flagmen such as Tata Consultancy and Infosys as well as mid-sized businesses (iGate, MindTree) report the increase in volumes. So, it seems that the end of Indian development has to be put off, again.

Chinese Tech Talent, Will it Cover Domestic IT Needs and Spare Some for Export? 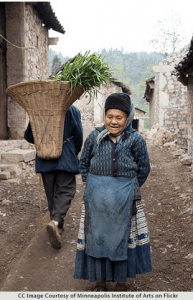 China, according to the Outsourcing Institute, is really new to the IT outsourcing market and is just at its beginnings, at some stage India used to be in 1995.

However, one of the main issues dominating the market is a deeply regional competition between different Chinese IT parks and service providers, and the lack of a national coordinator for the whole activity, similarly to what NASSCOM in India is, which helps set the communication process, choose the necessary standards and form guidelines to keep to.

The Chinese service providers only start learning how the business is made in English-speaking countries. Apart from obvious language comprehension issues there is a more serious lack in the USA or European business requirements and standards such as GAP, ITAR, SAS70 and many others. At the same time according to omnipresent research agency Gartner China does have potential and advantages. However, it is yet unclear whether there will be enough Chinese IT providers even to satisfy the domestic demand.

Eastern Europe in Cultural Proximity of the Western World 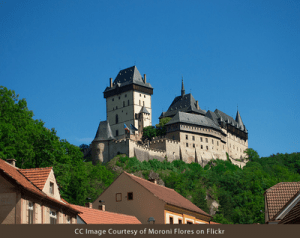 IT outsourcing in Eastern Europe is on the rise. Specialists in Bulgaria, Poland, Czech Republic, Estonia and Lithuania do show refined skills and a profound knowledge base, which allows to realize more sophisticated projects. Huge IT companies set their BPO offices in that area, which is more than a favorable sign.

A good example will be IBM, which recently opened a new security operations center in Wroclaw. Such things do affect the IT landscape ranking. At the same time other top IT companies invest money into this market area as well. Major benefits for outsourcing include a close to a western one mode of thinking, no time zone issues, when working with a European customer, and extremely high level of scientific and research base – tradition of the Soviet time.

Moreover, East European developers do have technologies of their own to boast of with good examples such as popular antivirus software AVG and Avast!

Looking into the Future: Outsourcing Projections

Gartner states that worldwide IT outsourcing market will reach $288 Billion in 2013 and will continue its further growth . However, it is clear that more areas would like to get their piece of this pie — emerging Russia, which tries to diversify its economy and get aside from natural resources extraction, or African countries, which have some potential when not torn apart with war actions.

Customers can get picky these days having a range of providers to choose from, so old outsourcing developers region better watch out!

Learn more about the state of outsourcing from our earlier posts>>